“We thought we could control it”, when giant tech companies like Google and Facebook start explaining why they’d been consciously hooking people to screens for decades, this is a typical answer. Only now are they beginning to realise how it harms their own children.

Nobody knows yet whether Apple’s new “Screen Time” feature can help reverse the addictive mechanisms and undo the ill caused by “persuasive design”. But everybody knows that the benefits of screens as a learning tool are overblown, and there is suspicion that the risks of addiction and development stunting are high. The debate in Silicon Valley now is about how much exposure to phones is ok. The debate in pediatrics and psychology is about how to raise healthy kids and prevent tech from manipulating them when they’re at their most vulnerable stage.

We are constantly tapping, scrolling and swiping on our smartphones.  Let’s be honest with ourselves: it doesn’t make us happy. We are hopelessly trying to touch the world with our fingertips. But if we put the phone down we can interact fully, with the whole body.

People start to idolize the form, buying the most advanced phones or tablets possible, and forgetting about making emotional connections with each other. Gadgets can’t give us really deep emotions. There’s no way for screens to offer an alternative to what people need in terms of interactions in the real world.

The more we chase pleasure while staying glued to phones,  the more emotionless we become. Parents talk less to their children, children talk less to each other. Families think that they own and control devices, but the point is that devices have already started to control the families. We talk less, we move less, we feel less and very often it’s hard to understand those closest to us and empathize. Why it is so crucial to teach our kids to explore life beyond screens from early childhood? The answer is here: modern children and parents have the same screen addiction, but the duty of adults is to build the foundation for the future life of their kids. And we hardly want the tech business to control our minors, it’s up to us to teach them how screen-slot machines work.

Kidslox is on the side of concerned moms and dads, who understand the problem and who love their children. We are here to help families be together and reject the interference of gadgets.

Recently, I watched a lecture by Dr. Nancy Carlsson-Paige, Professor Emerita at Lesley University. She talks about how children develop and make sense of the world and how screen use detracts from that process. As well as a link to her talk, I’m going to include my key takeaways of her 6 points below.

I hope it will help you not only to raise your kids in ways that meet their fundamental needs, but also to understand the essence of how practical hobbies and exploring the physical world provide a healthy life. Moreover, how a healthy play life helps protect mental health from the impact of the all pervasive screens. Dr. Carlsson-Paige says that modern interaction between screens and children starts from a very young age. During the preschool years kids learn, grow, develop and develop a background perspective on technology. What that perspective will be depends on us. 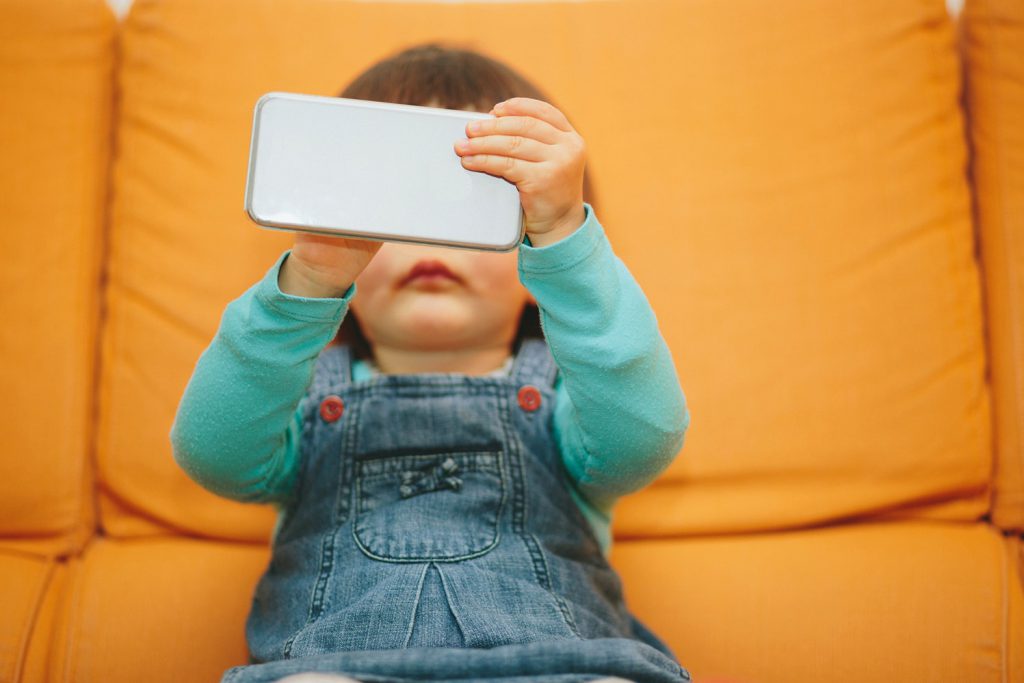 1. Young children use their whole bodies and all of their senses to learn about the world

Kids have to move. Moving is really what drives their development. In the 90s as advances in neuroscience were crossing over into early childhood. People began to hear from the brain scientists why active learning and play were so critical.

When kids are moving, when they are engaging the environment – the neurons in their brain are getting stronger, synapses are occurring and brain development is happening. It’s a profound and basic thing. It isn’t just moving, it’s taking the initiative and exploring acting. There are lot of ways that screens are interfering with children’s development.

2. Children learn from having direct, first-hand experiences in the real world

Everything on the screen is a symbolic representation of something in the real world. It takes young children a lot of time to understand that what is on the screen is not actually in there. It takes even longer for kids to understand that somebody designed what they’re seeing on media, and that that person might have had a motive other than what a face value assessment suggests.

When we were 18 months to 2 years old, we all developed the object permanence concept. It is one of the most fundamental concepts: the idea you can build a mental image of something in your mind even when you can’t see it. It’s the root of being able to use the language of symbols and abstract thinking.

The point is that concepts like this develop during the early years as a result of interactions with three-dimensional materials. And there’s no way that anything on screen can replace those interactions.

For instance, show your kids a ball on a laptop or smartphone. What can they do to this image other than look at it via the screen? And then give a real ball to them. They can play and interact with this ball using their whole body, engaging all senses. They can throw it, they can roll it, they can kick it: straight, to the side, right or left, at an angle, diagonally. Kids can play with it with each other and with their parents, and have conversations during this play.

3. Young children learn by inventing their own ideas

Children are active learners, they are not empty vessels, they’re not passive. They actively engage with the world of objects and people through their activities.

There are a huge amount of tech toys and early childhood apps that supposedly serve educational purposes but actually feed a feedback satisfaction loop. They focus kids on the idea of getting the right or wrong name/answer/result. It gives kids the wrong idea about what learning is. They start to think that learning is about getting the right answer – and that answer is fixed in the game or in the teacher’s mind, without a wider application. It’s a superficial knowledge, not like the solid knowledge that children naturally get through play. The memorized screen learning is thin and it doesn’t hold up, because the in-depth learning always happens outside of devices.

4. Young children make sense of their world through play

Play is a surprisingly profound childhood activity. It teaches us to handle the unexpected and the upsetting. It’s universal. It’s something that’s wired into the human being. The first thing that play does, it helps children make sense of experiences they’ve had.

After a child has an experience they use their imagination to make up a story which explores and perhaps explains that experience. It satisfies a deep, profound need. As play gets more and more complex, the neuroscientists say that neuron structure gets stronger and stronger. The brain develops to support more and more complex play.

Parents should help children to play. It’s very worrisome that play is disappearing from children’s lives today. Often it’s replaced by screen content which undermines this meaning making function of play, even when the media content is of high quality.

Expanding on the previous point, Dr. Carlsson-Paige shows how by using play to process difficult situations they encounter, children build inner resilience and coping skills. It’s all about enabling them to meet their own emotional needs. Again, no screen based app or  toy can replace active play.

6. Children live and learn in a social context

Everything kids do is connected to people. They are almost always interacting in a human context. Screens remove that social element and thus interfere with children’s social and emotional development. It’s easy for the gap to start in parent-child relationships if we’re more focused on our own screens than on our kids.

It might seem easiest to give a child an iPad to quieten them at a difficult moment, but in doing so we take away an opportunity to develop and when they face difficulties later in life they won’t have the necessary mechanisms to face and cope with them.