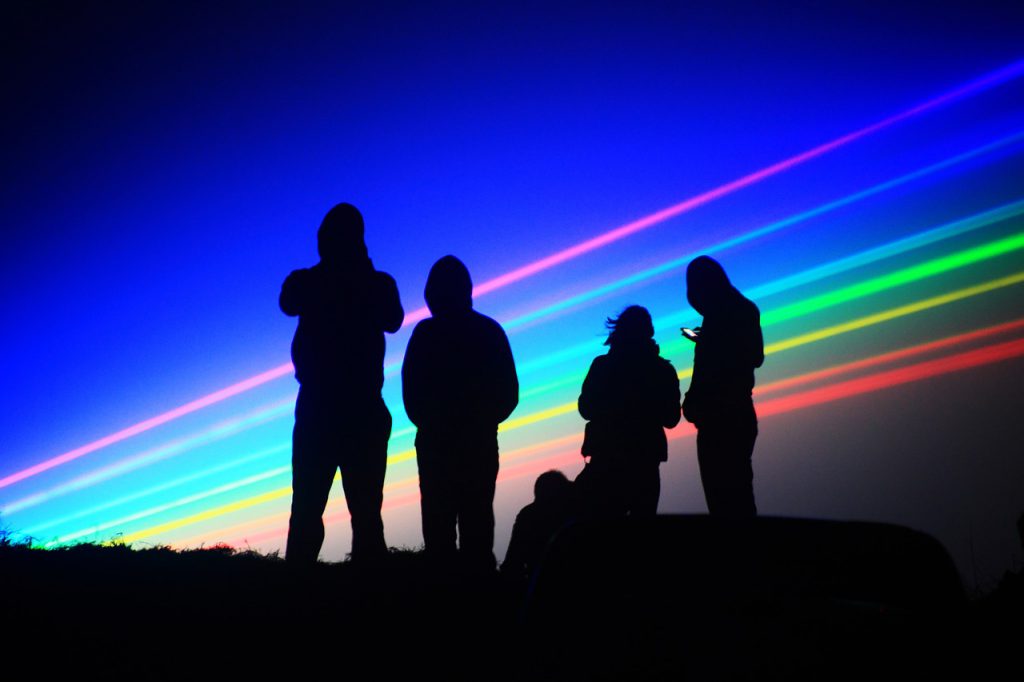 Screenagers (a neologism of screen and teenagers) is a 67-minute long documentary addressing probably one of the most important and difficult parenting issues of modern times – the love/hate triangle of “parents – children – digital world”.

Discussions around this topic have been here for a while but much about the digital dimension remains unknown to quite a lot of us. In many cases parents know much less than their kids do. At the same time both this issue and parenting in general are often somewhat sensitive, private matters for parents (especially when we feel we’ve failed or done something wrong), so we’re not really open to discussing it publically. Screenagers tries to bring more light to the problem of parenting in the age of the smartphone.

Screenagers tells us how modern teens interact with their computers, phones and other electronic devices. You will hear about the opportunities and dangers of social media and computer games, about internet consumption and digital citizenship, and how all of these things affect and even shape young people’s lives. The movie is filled with research results, statistics and interviews with relevant medical and social professionals from educators to brain scientists to provide deep insight on the topic.

These studies and expert opinions are interlaced with the personal story of the movies director. Over the course of the film you learn how director Delaney Ruston, who is also a mom and a doctor, is trying to make balanced, wise decisions about whether her daughter should have the smartphone she really wants, and how this may change her life and her parents’ life.

Screenagers is very informative and tries hard to avoid being judgmental. The directors try to give honest answers to quite controversial and hard questions.

Despite the seriousness of the issue and some rather depressive statistics, there are a lot of positive takeaways in the movie, it offers real hope. It’s not too late for parents to fight with kids’ cell phone addiction. We don’t need to just accept the fact that social media will influence our kids more than we do. The studies presented in the movie show that people can successfully resist bad digital habits. And kids can be taught some basic digital etiquette and can be more willing to limit their smartphone usage for the sake of important things like study and conversation with friends and family than you might expect.

The movie will resonate with many parents’ situations, in fact a lot of people have found it very useful already, with screenings taking place all across the states. Check out common sense media’s review page to get a taste of what other parents thought after watching.

Teens also easily recognize themselves in the movies characters. Whether they agree with the solutions Delany proposes or not, the presentation of the problem is powerful and hard to deny. It makes a fantastic starting point for discussing screen time issues with teens and possibly for beginning a conversation about what sort of rules are appropriate in their case .

The impact of screen time on kids and teens. According to a study done by the movie’s authors an average child spends about 6.5 hours a day at screen and more than 11 hours a week playing video games (some of them at the cost of their sleep). Among the problems being addressed in the movie are:

Parental authority and the way you should assert it, especially in questions of screen time is another important topic of the documentary. This includes exploration of:

While the movie does provide some answers and tools, it’s main call to action is an invitation for more dialogue. Watch it with your kids. Discuss the issues it raises with them. Discuss it with other parents and with teachers. Parenting screenagers is a relatively new challenge and the more we experiment and discuss what we find, the quicker we’re going to find effective ways to handle the problems it raises. The Screenagers documentary is a great place to begin that discussion.