Here at Kidslox we don’t only develop our own parental control app, but are also constantly investigating other products on the market. This helps us to maintain our top of the range status and ensure that we stay. Given that we’re taking a detailed look at these other products ourselves, we decided to share our experiences with you by publishing reviews of some of the most popular parental control solutions.

We’ll start off by taking a look at the Screen Time Labs app.

Time Limits – lets you set time boundaries for a child’s screen time activity. You can customize different amounts of time allowed for weekdays and weekends. 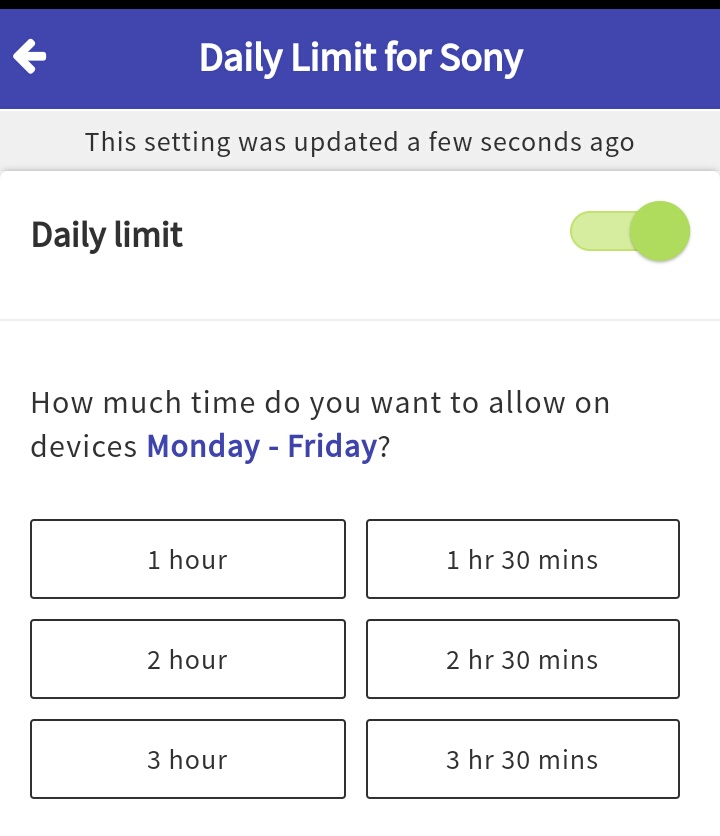 School & Bedtime app blocker – restrict access to games at bedtime while allowing a child to use reading apps. You can also block games and social media during school time while educational apps remain unblocked. (Android only) 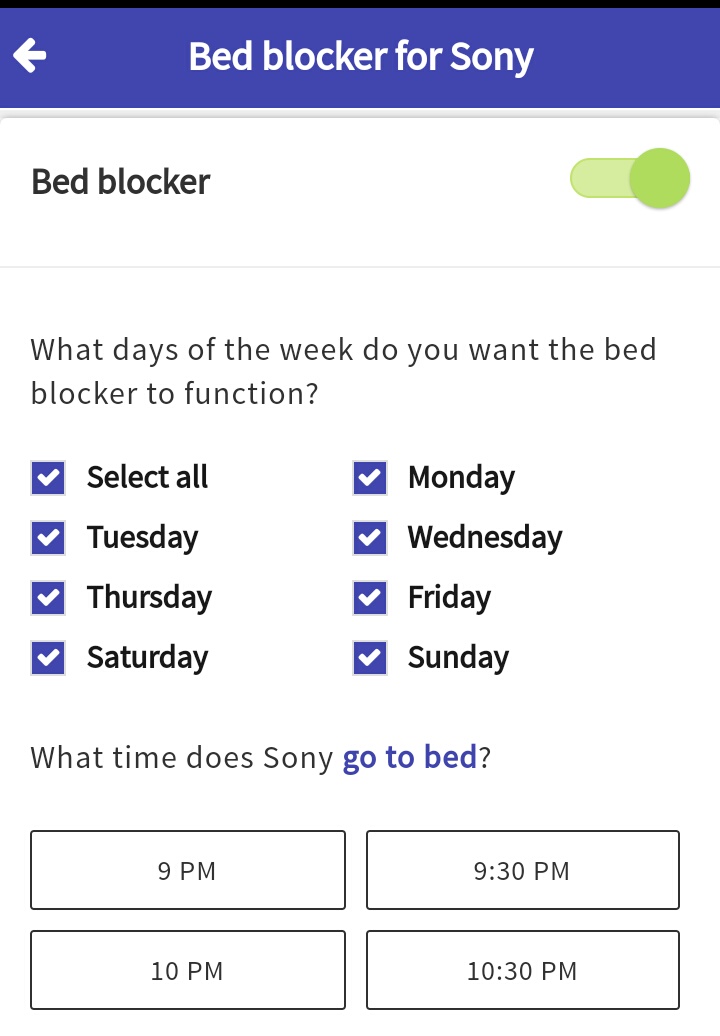 Pause & Play – block a child’s device completely any time you need with the Instant Pause option. Or the other way around, keep the device blocked by default and use it to allow your kid play to play by enabling Free play mode. 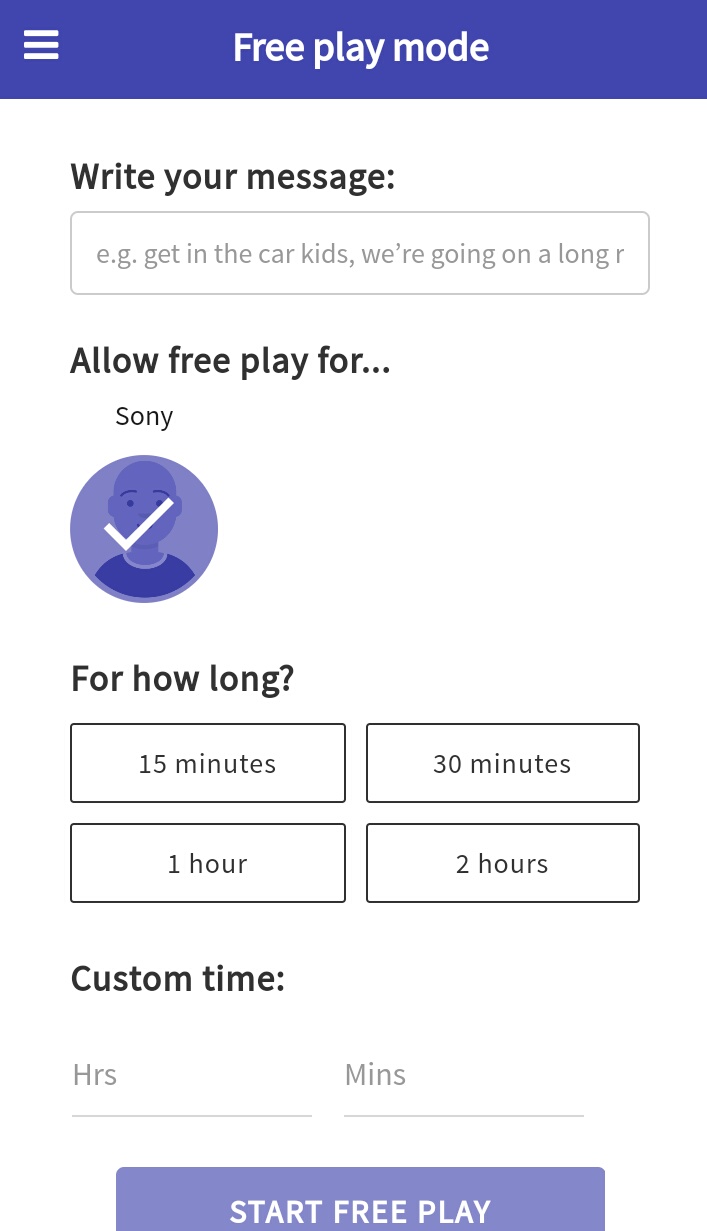 Tasks & Chores – reward your offspring with some extra screen time for doing home chores or completing other tasks. 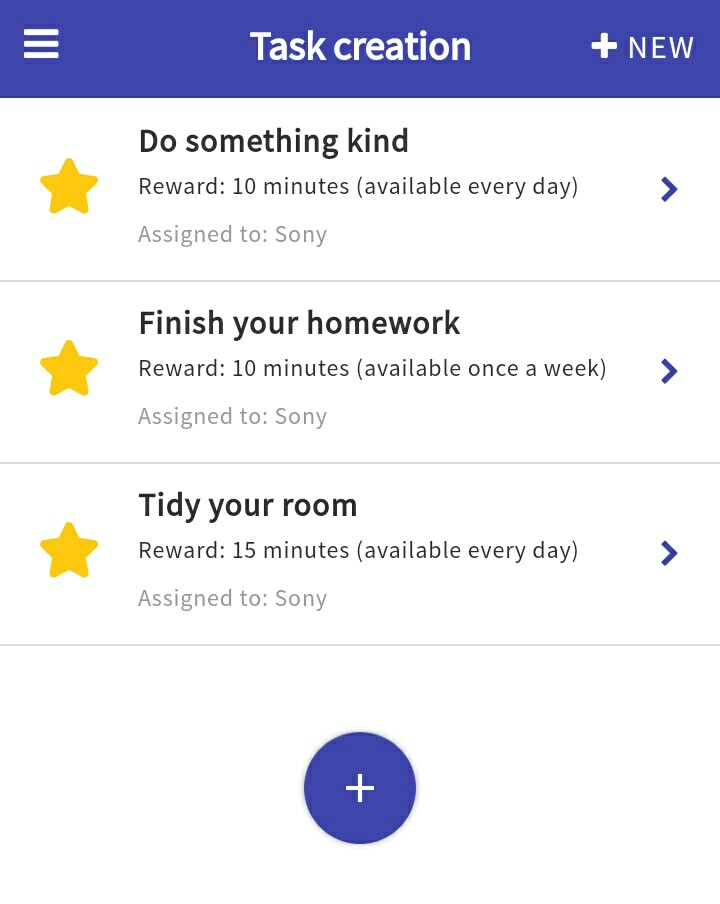 Web & Search history – check out what websites your child browsed as well as terms searched on Google and other search services. This option is open to Android users only. 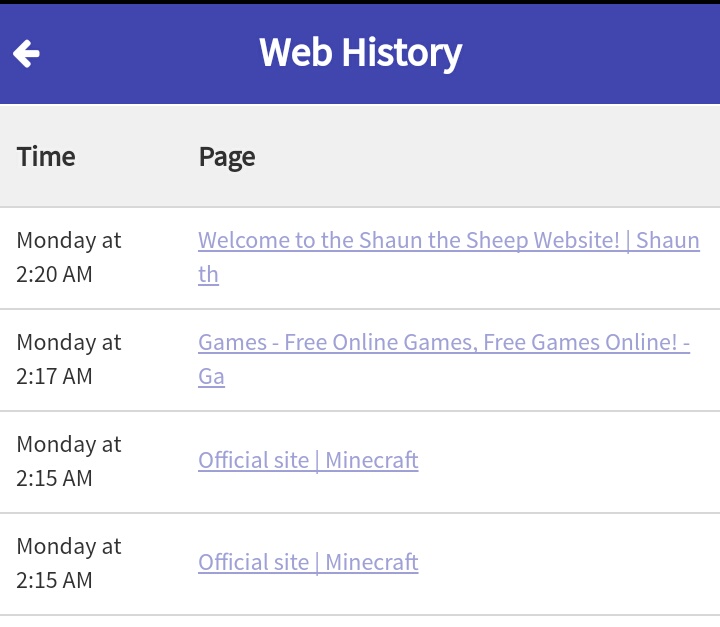 Screen Time Labs is a useful tool for parents to limit their kids’ device usage. It’s got a number of helpful functions, particularly the Time Limits, scheduled app blocker and reports about screen and web usage. The app does a good job of managing devices remotely.

The app doesn’t deal with the question of internet security at all, so parents would need a separate product to address questions of safety and filtering. In addition, while Screen Time does allow some app blocking, it doesn’t allow for individual app blocking for Apple users. Along with the fact that the daily limit settings affect the whole week or weekend rather than individual days, this gives the app a somewhat clumsy, uncustomizable feel.

Time management 7/10
As you can probably conclude from its name, Screen Time’s emphasis and strongest area is putting kids’ screen time under control. They do this with powerful daily limit and scheduling features. There’s also a daily summary sent to your email to let you know about device usage statistics and a system of rewards for completing different tasks. It’s a great feature set, but I’ve marked it down slightly due to stability issues as the app didn’t accurately reflect the time spent on a device while I was using it. It was close enough for me to be satisfied the system works though.

Content blocking 1/10
Online safety is an important element of many parental controls, including Kidsox, hence its inclusion as a category in this rating. Sadly, the developers of Screen Time seem to have decided that web filtering or other content blocking tools are beyond their remit. The only option they give is to block access to YouTube or to the browser itself. This is obviously a deliberate decision on their part and might well allow them to offer more in other areas, but the convenience of having these features as part of a parental control tool is considerable and their absence a disappointment.

Usability 5/10
Installation is a bit complicated as you need to undergo numerous steps to install the app on both parent and child devices. Once everything’s in place though, navigation within the app is reasonably simple. Still I found much of the interface a little cryptic and think that making it more intuitive and user friendly should definitely be a priority for their team.

Blocking apps 6/10
Screentime’s app blocking is fairly standard. For Android users, it allows you to choose which apps to block. If you’re an iOS user, it only allows you to block or allow all apps. Given the iOS system’s infamously closed approach, this isn’t surprising, in fact most parental control apps on the market had the same abilities for several years. Kidslox and a few others have now found a way and implemented individual app blocking on iOS and it wouldn’t be a big surprise if that feature comes to Screentime too in the future. For now though, it’s a solid feature, but a little dated.

Support 4/10
If you have questions or need some help with the app, Screen Time’s support are friendly and helpful. Their site suggests they have a lot of support staff ready to help you. Despite that, support only seems to be available in-app or via a (tricky to find) on-site form and it’s not live. For immediate help, you might found yourself a bit stuck.

Overall 4.6/10
This final score is heavily influenced by the lack of internet content blocking functionality. Aside from that, Screentime Labs is a sound way to remotely manage the time your children spend on their gadgets. It’s reasonably priced and for basic app blocking and time controls it’s a solid option. Detailed monitoring reports and the chore reward system are pleasing touches too. Despite this, it’s usability, stability and customizability are all fairly average, so while Screentime Labs is a perfectly reasonable option for parental control (if you’re willing to look elsewhere for web filters), there are other, more impressive options available. 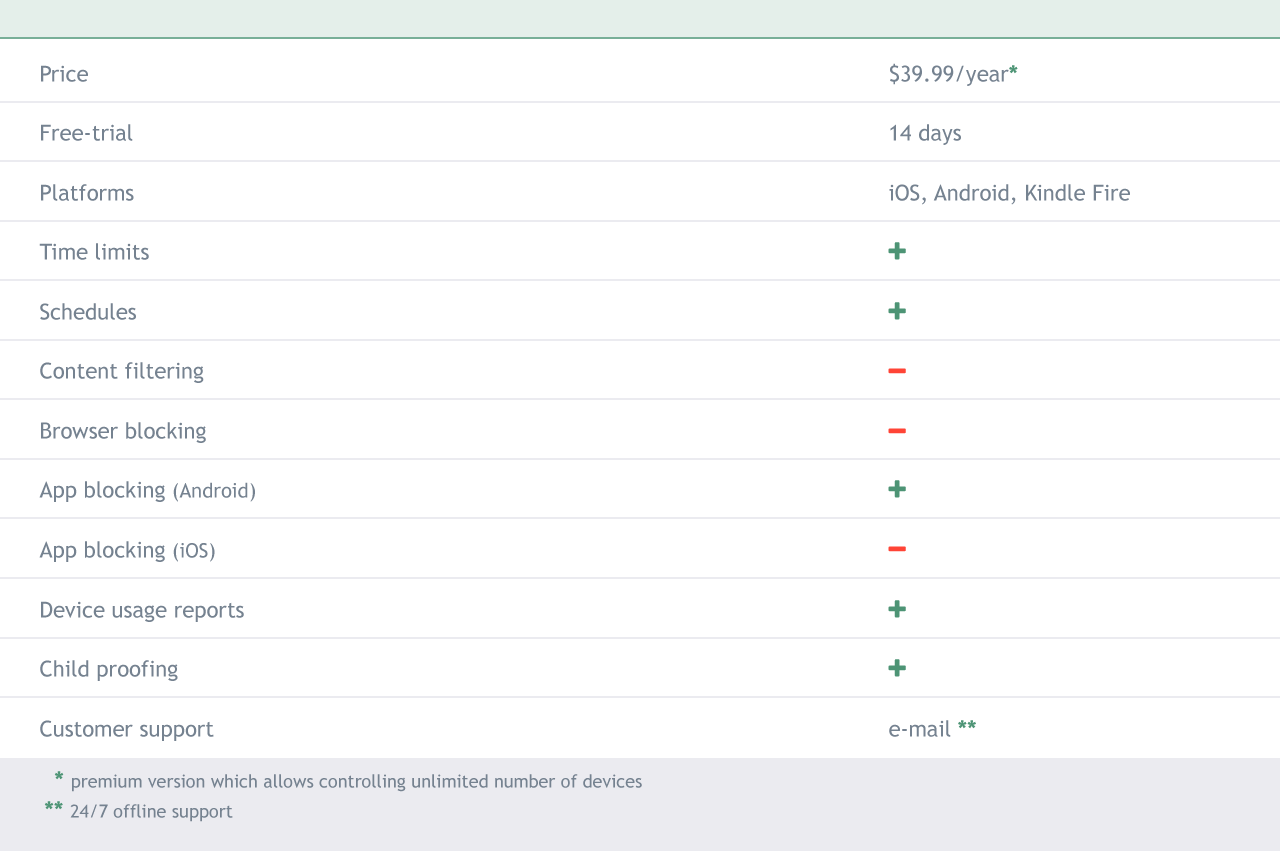